August 2020 hit Ethereum Classic quite hard. The cryptocurrency network has suffered from the big 51% attack more than once. Because of the attack and massive split, miners have wasted money and multiple hours of work. The developers have taken action. One of the solutions is to decrease the DAG file size, which will allow using old 3 GB GPUs for mining. Let’s get into it.

The developers came up with a plan already In the second half of August. They presented a plan on how to rescue the cryptocurrency with immediate actions and long-term changes. The former included the so-called defensive mining, enhanced network monitoring, and Permapoints, while the latter included PirlGuard activation and the change of the mining algorithm. You can find more info about the plan here.

The Future of Ethereum Classic

The original cause of the problems and regular 51% attacks is the mining algorithm. For Ethereum Classic it’s Ethash, also used by Ethereum. Ethereum is a dominant cryptocurrency of the algorithm. It means that it’s mined by most GPUs, while ETC gets much less. This explains why Ethereum Classic has a relatively low hash rate. This also means that attackers just need to rent mining power from the cloud services to perform an attack.

Attack on the network is easy and doesn’t require much money, so attackers take advantage of it. Adding more hash rate and miners could solve the problem. However, 3 GB GPUs can’t mine ETC, and 4 GB GPUs are next in line. The reason for this is the DAG file that constantly increases in size.

Ethash mining algorithm uses a so-called DAG file. It’s a data block that is uploaded to the GPU memory when a miner launches. It helps GPUs to find block solutions, ensure the network operation, and get rewards. The DAG file size increases by 8 MB every 30 thousand blocks. It means that as time goes by, GPUs can’t mine certain cryptocurrencies anymore, because their memory size is fixed.

For example, in February 2020 Antminer E3 ceased to mine Ethereum Classic. After a few days, Bitmain released the update that enabled the ASIC miner to continue mining ETC.

The current DAG size for Ethereum Classic is 3.95 GB. It means that soon 4 GB GPUs won’t be able to mine ETC. So the network hash rate will go down, and it will be even easier for hackers to attack the crypto blockchain.

The developers can’t let it happen, so they have come up with an interesting solution. They are going to reduce the DAG size, which will make ETC mining possible even for 3 GB GPUs unable to mine Ethereum Classic in the past.

The decision was made by the ETC Core developers during their recent call. Here is the call transcript.

Ethereum Classic has recently posted about the meeting outcome on Twitter.

In this case, ECIP-1099 will be responsible for the increasing DAG file size solution. The activation of this solution will decrease the DAG size. Here is a quote from the document.

The original intent of the DAG was to provide ASIC resistance to the mining protocol in order to prevent the centralization of mining distributions and thereby provide for an objectively fair distribution of tokens. As evident by ASICs being developed that are capable of matching current GPU miners while being more energy-efficient, the DAG has succeeded in leveling the playing field between GPU incumbents and ASIC challengers, avoiding ASIC takeover and domination, and leading to a competitive and large mining ecosystem. However, the original parameters are proving too aggressive, resulting in obsoleting support for GPUs still in wide use today by miners.

So the developers admit that the current DAG growth rate is too intense. That’s why they decided to decrease the DAG size, thus enabling Ethereum Classic mining even on 3 GB GPUs. This will increase the network hash rate making it more secure against potential 51% attacks. This way the developers will kill two birds with one stone.

Here is another quote from the document.

At the current epoch (372) the DAG size is 3.91 GB. 4 GB GPUs are getting obsolete while they still make up a significant amount of Ethash hash rate. Activating this change at epoch 376 (for example) would reduce the DAG size from 3.94 GB to 2.47 GB. With the reduced growth rate, 4 GB GPUs will remain supported for an additional 3+ years.

It’s not known yet at which epoch the DAG size will be reduced, but the announcement is coming soon. According to the document, the ECIP-1099 review is due on October 2. The exact date will be announced very soon. We just have to wait for the next developer meeting.

Now we would like to sum up pointing out the importance of the DAG size decrease for Ethereum Classic. Both for the network and the community.

Moreover, ETC mining is quite profitable. According to the 2CryptoCalc mining profitability calculator, the cryptocurrency is always at the top. As of today, it’s the most profitable. 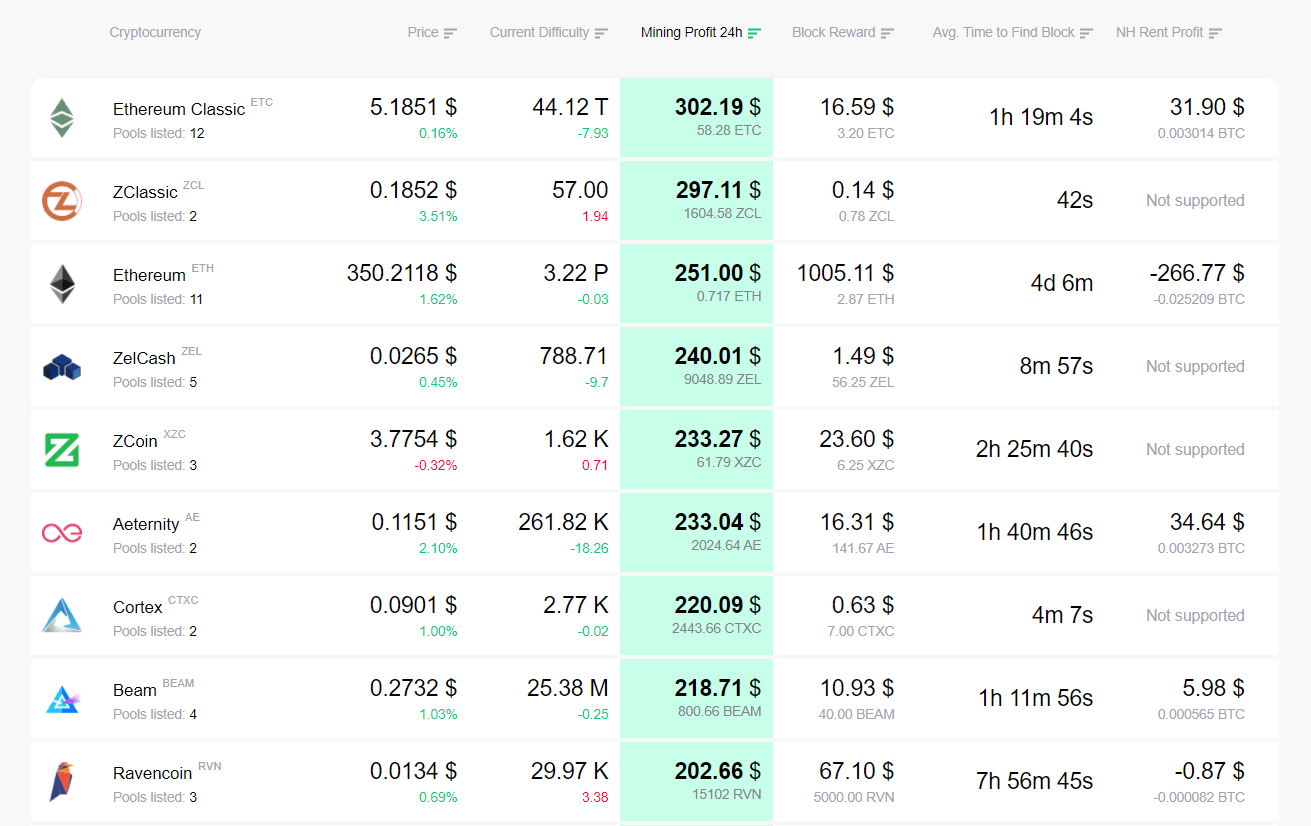 Hopefully, the developers will implement the change very soon. We recommend mining Ethereum Classic in the 2Miners ETC pool.

If you want to get the latest updates follow us on TWITTER or join our Telegram Chat.